A Love Story Emerges From a Connection with a DNA Match 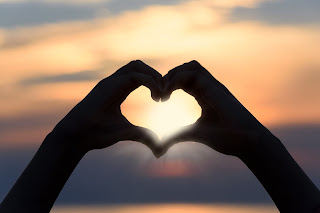 Today is Saint Valentine's Day, a day where sweethearts exchange offerings like candy and flowers and go out for romantic dinners. It's a day where I start to think about our ancestors' love lives. Stories of couples living together for 50 plus years until their last breath was taken, couples who fell in love but sadly did not end up staying together and married others, ancestors who had several marriages for reasons unknown to us.

I learned one love story after getting in touch with a DNA match, who we will call "A". She was researching her grandfather Thomas Corcoran and we started to share information
Apparently, her grandfather married my great grandmother Bridget Connolly. However, I could not find any info on her in the family tree I built out. We continued to keep in touch and we exchanged details that she had. She was very curious about the family in the U.S and made a note that she was happy that he found happiness in America. I didn't really understand at the time what she meant.  Then after "A" started communicating with other members of the family, we started to realize that there was more to the story. My uncle had asked about the dates mentioned for Thomas and asked if Thomas had another wife before he married Bridget. The dates lined up so we knew we had the right Thomas Corcoran. Then we learned more of the story from "A".

My great grandfather Thomas Corcoran had a child with a woman. They were unmarried. The story we heard from "A" is that Thomas' family were successful farmers in Dillonstown, County Louth, Ireland and the woman was a domestic that worked in the household. They were not allowed to marry each other, and Thomas was sent away to America two years after the baby was born, a son. The son's name was named Thomas and here's where it gets interesting, the baby was given the surname of Corcoran. He was raised by his mother's sister and her family, the Harmons, in County Louth, Ireland. Thomas Jr. left for England at about 18 years old and lived in County Lancashire, England His mother would later join him. I found it amazing to think of what had transpired. If my great grandfather didn't get sent to America, he wouldn't have married my great grandmother. This would mean my father's line wouldn't exist and I would not be here.

I wanted to find out more about this woman my great grandfather loved. I started to review the birth records for Ireland and was able to match up based on birth date and location a baby boy Thomas with no surname listed born to an unmarred woman, Margaret Mathews Shortly after I discovered this name, I asked "A" to verify with her siblings her grandmother's name (without providing the name I researched). She also told me Margaret Mathews. I knew I had found the right woman. She is now in the family tree as the mother of Thomas Jr. I wish that I could give her a relationship with Thomas like "first love" but sadly I don't have that option. I'm just happy that I was able to share this story with my family, including my father. Our research is a timeless reminder that our ancestors were human and fell in love multiple times.

Here are some of the records I found to help confirm the story:

Thomas Jr's Birth Register Record in Ardee, Ireland. Note that no surname is listed for the son and the father's name is left blank. Annagassan is a neighboring town next to Dillonstown. (Source: https://civilrecords.irishgenealogy.ie - Group Registration ID 454599).

Thomas Jr in the Harmon household (his mother's sister's family). Note: His surname is listed as Corcoran and he's noted as a relative.

What love stories have you found in your family tree?

at February 14, 2018
Email ThisBlogThis!Share to TwitterShare to FacebookShare to Pinterest